The Lib Dem candidate in the West Midlands Mayoral election has climaxed her campaign by issuing a plea to urge voters to back “consensus not confrontation”.

Beverley Nielsen said traditional two-party politics had failed to deliver transformational change for either the region's urban areas, or its rural districts, for decades. 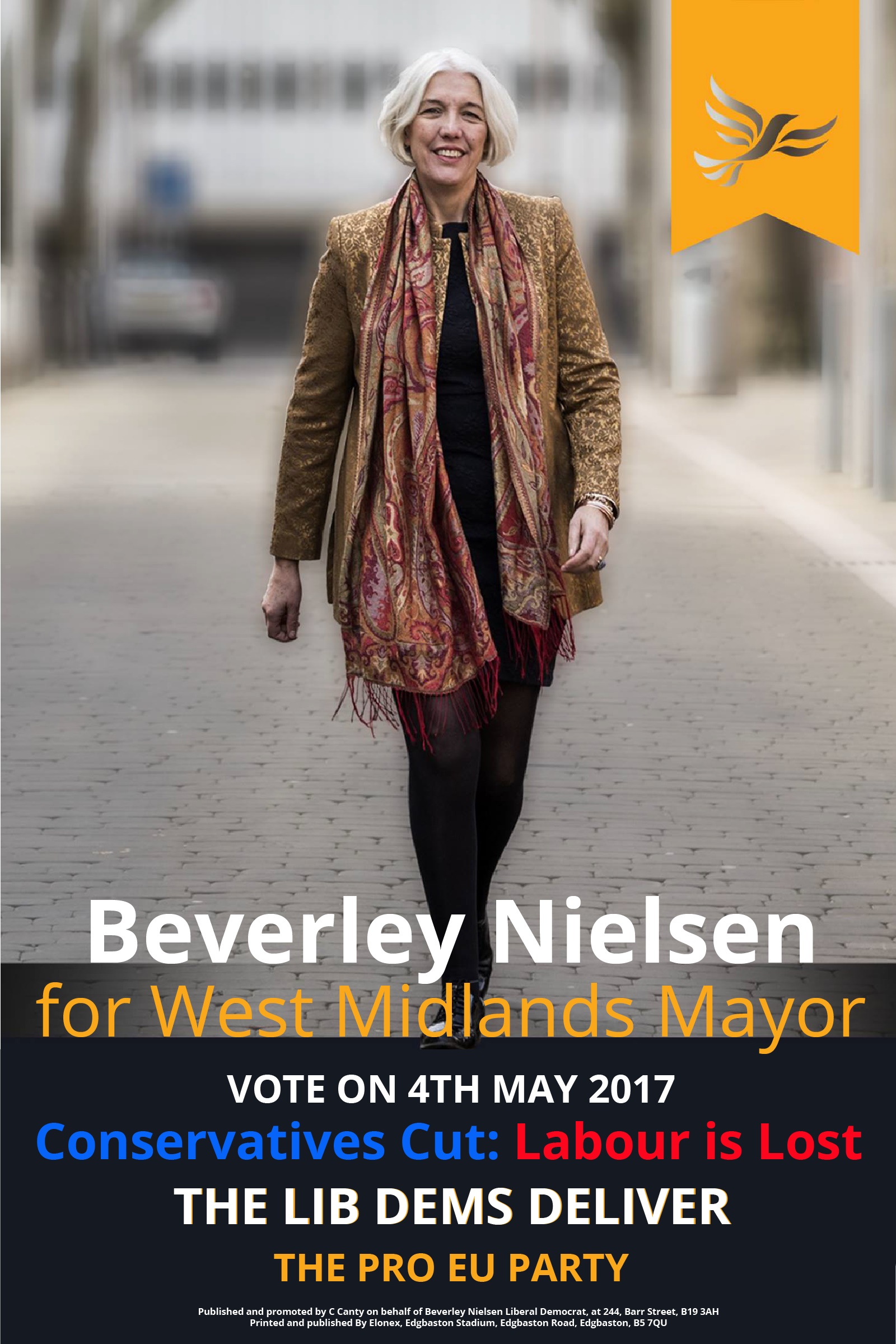 “Until the creation of the West Midlands Combined Authority (WMCA), we have been locked into Groundhog Day politics; where one major party decides a policy, starts to implement it, but then the other major party comes along, scraps it and decides on a completely new policy,” she says.

“Inevitably, neither side sees anything good about what the other does, so there is no attempt to reach consensus. Labour sets up regional development agencies and urban regeneration companies, but just as they start to work, the Tories scrap them to set up the local enterprise partnership network.

“We have a desperate shortage of housing, so Labour councils want to deliver housing on Green Belt sites, but the Tories insist brownfield sites must come first. The Manufacturing Advisory Service was doing tremendous work for our SMEs - but the Tories shut it down in the name of austerity.

“Unfortunately, the two major parties have become obsessed by dismantling the structures and strategies put in place by the other, and the cycle is repeated time after time after time.

“As a result, this region's economy can never realise its full potential, productivity never increases, and people never get the high-skill and high-paid jobs they deserve. Now though, the WMCA offers us the chance to abandon the old two-party structure and to achieve consensus through collaboration.

“As Mayor, I would bring all seven metropolitan authorities together, tell them to ignore party politics, and together we would devise and deliver region-wide policies to benefit everyone,” she says.

“Only by putting people first, regardless of where they live, or the dominant political force in their area, can we finally achieve transformational change and economic growth which is shared throughout the region's communities.”