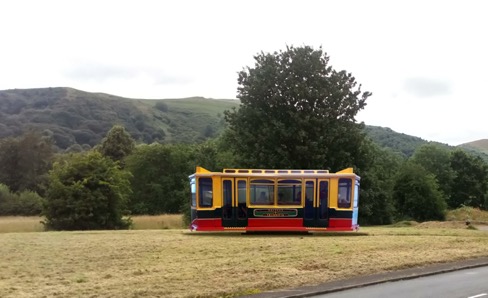 115 Councils across the UK have so far declared a climate emergency and amongst these 71 have set a carbon neutral target of 2030. Amongst these Worcester City Council recently pledged to make the city carbon neutral by 2030. Malvern Hills District Council is calling for greater collaboration and more resources from central government to support local action for this issue at its meeting 23rd July.

However, these pledges are made at a time when residents continue to complain about drastic cuts to public transport services, being often wholly reliant on cars with diesel and petrol engines. Many elderly residents have to rely on taxis when trying to get to the shops or vital health appointments due to the lack of public transport available.

Cllr Beverley Nielsen states: “There is no plan at present to use low carbon and zero carbon alternatives giving our residents real choices in Malvern and our other urban centres. I am pleased to be involved in early discussions with key partners about this problem. Promoting electric vehicle use, including smaller electric buses, installing charging points, planning for a tramway that could help to provide thousands of residents and visitors with sustainable transport alternatives.”

Cllr Nielsen has supported the designers and operators of the Stourbridge Shuttle over the last three years (pictured below) and says: “The railcar in operation in Stourbridge was funded by private investors who put around £1m into this. The operator, Premetro Operations Ltd, have transported 5m people over last 10 years, shuttling them between the Stourbridge bus station and mainline rail station. With a 99.7% reliability track record it is one of the most reliable rail services in the country. It uses an ultra-low carbon, low-cost powertrain drawing on a hybrid 2.3l propane engine and flywheel.

“This has improved air quality and connectivity and is a ready-made solution which can be rolled out to more communities. The picture above envisages a retro-styled tramway system that could be used to transport thousands of people to the Three Counties Showground (from Great Malvern station, for example), at present only accessible by car and coach.

“Moving away from our overdependence on fossil-fuel based car and bus systems is proving challenging in Worcestershire. Organisations based in the County have been bringing together plans, most recently AtoB in Malvern 2040 and High Street Malvern. We need to see more imagination, a can-do attitude and a great deal more ambition for our residents in terms of sustainable transport options.”

Roger Sutton, Chairman, High Street Malvern (HSM) stated: “HSM is very supportive of all efforts to agree policies tackling climate change and a reduction in pollution. Locally our councils have the opportunity to take a lead for the area in promoting electric vehicles – both private and public – and addressing the problems of town centre diesel fumes to improve air quality and the experience for our residents and visitors”.