Below are just some of the events and activities I have been working on for the past two months with our newly assembled team. We need to do more and your support will be vital.

A Hustings on Sustainability, run by Sustainability West Midlands, gave me to chance to highlight our policies aimed at delivering Zero Congestion and improving our urban air quality as we aim to give our young people the best chances of finding work in the region.

A debate on Living Standards run by the Resolution Foundation with David Willetts showed the impact of 20 years of underinvestment by both mainstream parties in terms of low rates of employment in our region. Our policies aimed at developing as the Self Made Place led to me becoming dubbed ‘Ms Ideas’ by the Chamberlain Files. Growing our own SMEs and manufacturing success, along with demanding better – leading to more investment and our fair share of resource for the future were promoted as a new route to success.

Media activity has included live TV debates on BBC Midlands, coverage on ITV Central and Sunday Politics West Midlands as well as on BBC Radio WM, Radio CW, Heart, Capital and Smooth, and being featured in the Birmingham Post & Mail, The Chamberlain Files, GEM magazine, The Sikh Channel, The Asian Today, with a couple of extracts below for your information.

I have been getting to know members and been lucky enough to meet some of you and to speak at Lib Dem events in Sutton Coldfield, Yardley, Coventry, Small Heath, Selly Oak, Perry Barr and Solihull and Warwick.

I am always keen to meet members, so please let me know if you are interested in hearing more about our campaign. 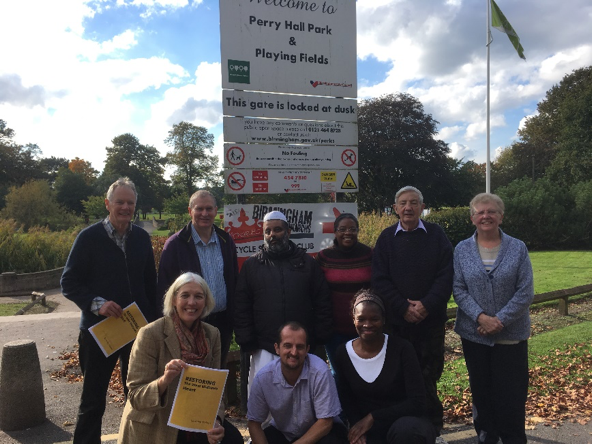 I have been out and about meeting with manufacturers and businesses in Birmingham and the Black Country and of course we are privileged to have our headquarters based in the world renowned J Hudson & Co Acme Whistles in Hockley. Other businesses I have met with include BSA, Cube Precision Engineering, Frank Dudley, Alucast, Accord Housing Group, HeadzUp Social Media, Freax Adventures, Wade Ceramics, Birmingham Airport, C-Suite Pensions and Pashley Cycles. Thank you too to PCPT Architects who have also hosted Campaign meetings and to Alexander Stevens for their support.

I have met with Greater Birmingham and Black Country Chambers of Commerce.

Thank you too to Jacqui Smith, Chair, for hosting a visit to University Hospitals Birmingham, as a tremendous centre of excellence for our region. 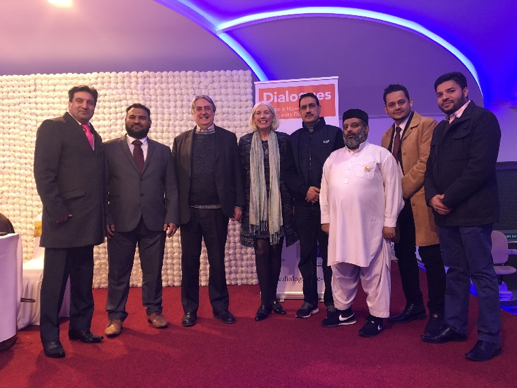 I was delighted to meet with girl pupils, their head teacher and teaching staff from Swanshurst School as a Make the Grade Careers development day.  I have also been out visiting Dudley and Walsall Colleges.

The launch of the The UK Sikh Survey 2016 at the University of Wolverhampton along with a visit to the Guru Nanak Sikh Gurdwara Sedgley Street, very kindly organised by Manjit Kang, provided insights into some of the challenges and the many achievements of our diverse communities. I met with leading members of our Muslim communities at a lively EU Dialogues Post-Brexit debate hosted at Al Miraj Banqueting, Small Heath. The rise of hate crime in our communities was noted by all met and has led to the inclusion in our Manifesto of zero tolerance of crimes against the person.

I was delighted to meet the renowned Blind Dave after the Great Birmingham Run. 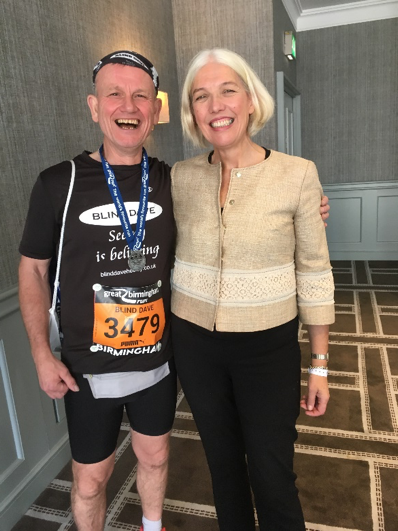 Meeting with the renowned Blind Dave after the Great Birmingham Run

It was also a pleasure to meet with Phil Loach, Chief Fire Officer at the West Midlands Fire Service and to gain greater insights into the challenges faced there.

With all our service providers impacted by austerity and swingeing cuts imposed by the Tory government over the past five-six years, there is now dramatic and unsustainable pressure on services including care and social services, benefits, Adult Education, Further Education, Libraries, Art Galleries and Museums.

With a shocking rise in homelessness over the past twelve months and recent official estimates suggesting that this Christmas as many as 100,000 children will be homeless, nearly 3,000 of them in the West Midlands, we have put eradicating homelessness and ensuring adequate housing provision across all tenures as a top priority in our Manifesto. 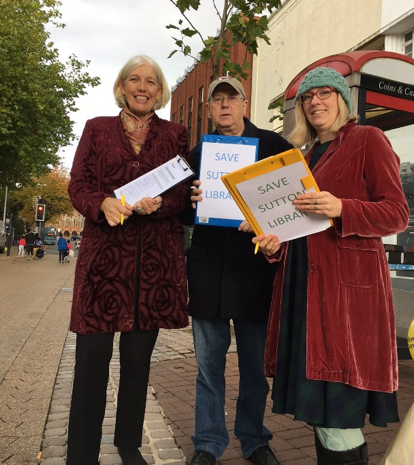 Campaigning to Save Sutton Coldfield Library with Jenny Wilkinson

It was inspiring joining in with the Mad Hatter’s Tea Party for Special Needs Children at Dudley Zoo and congratulations to all involved in this most worthwhile charity.  Meeting Chantell and Dave at Changes Organisation in Birmingham was also an inspiration and in Coventry it was a privilege to attend some of the Rising 2016 Global Peace Conference activities. 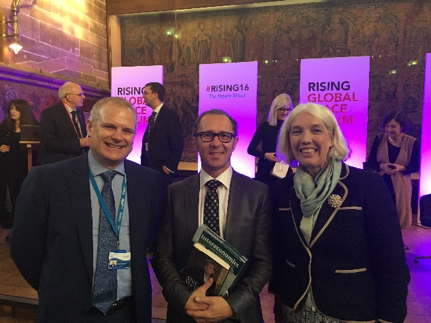 I hope you enjoy a Merry Christmas holiday and have a very Happy New Year.