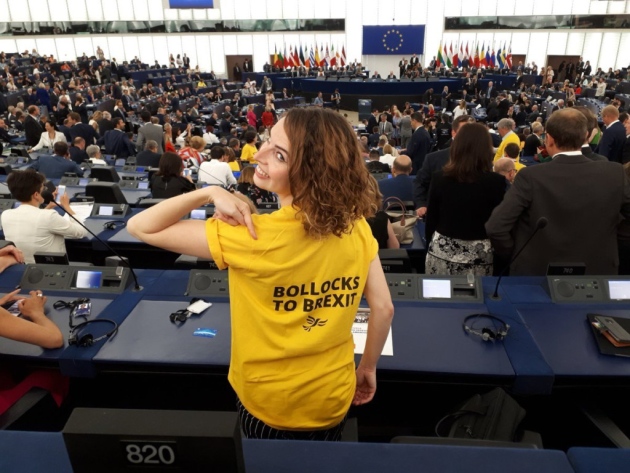 Since the European elections in early May 2019 the European Parliament party groupings have been busy forming a ‘grand’ central coalition bringing together the three largest groups including the centre right European People’s Party (EPP) with 215 MEPs, Progressive Alliance of Socialists and Democrats (Socialists) with 154 MEPs, Renew Europe with 108 MEPs (formerly known as Alliance of Liberals and Democrats in Europe, ALDE). Whilst talks have also included the Greens with 71 MEPs , they have so far held back from formally signing up.

These Parties have been working together on a joint programme for the Parliament through June, agreeing that key positions in the EU should be shared more equitably given that each of these groups now has around 100-200s MEPs each between them, with Renew seeing the largest increases from 67-108, Socialists the largest falls from 221 to 154, EPP with 215 remaining the largest single grouping and with the Greens also making substantial gains up from 50 to 71 seats.

The fact that a woman is now proposed for the top job of President of the Commission seems to have occurred more by accident than design. Following election losses suffered by the Socialists it was felt inappropriate for them to have the nomination for Commission President, and subsequently agreed that the EPP should have the right to propose their candidate for this role,  with the Liberals taking the top job at the Council.

Following three days of wrangling, German Defence Minister Ursula von der Leyen, 60, was nominated by the EPP for Commission President,  with Parliament due to vote on this over the coming week. Her name came as a surprise and if approved, von der Leyen will become the first woman to fill the European Union’s top job. However West Midlands Liberal Democrat MEP, Phil Bennion, tells me that some Liberals are muttering about withholding their support in light of outstanding allegations regarding her handling of defence contracts leading to concerns over the impact of this on her reputation and ability to get the job done.

Whilst Von der Leyen only entered politics aged 43, her background is steeped in it with her father, Ernst Albrecht, presiding as the minister-president of Lower Saxony and former DG at the European Commission.  In 2013 she was appointed Germany's first female defence minister and remains a close ally of Angela Merkel in the conservative Christian Democrats, CDU (Merkel having nominated von der Leyen later abstained from voting). As a native French and German speaker also fluent in English, she studied economics at the London School of Economics followed by medicine with a specialisation in gynaecology in Hanover and has a large family of her own with seven children. During her tenure at the defence department she was accused of awarding questionable private contracts linked to the hiring of two consulting firms, McKinsey and Accenture. She has admitted to procurement errors pledging to take steps to prevent it from ever happening again.

Other candidates that fell along the way include Manfred Weber, previously stated as the EPP’s preferred candidate for the Commission President as their leader in the European Parliament but not accepted by the Socialists who were promoting Frans Timmermans as their preferred choice.  However Timmermans did not have the support of the Visegrád Group, or V4 as they are known – Czech Republic, Poland, Hungary and Slovakia – even those with socialist governments did not support him for the Council’s top job.  Other EPP nominations had been rumoured including Varadkar from Ireland and Barnier as a French nomination. Vesteger, the ALDE (now Renew) candidate, whose name had appeared in the press as the favourite for the Commission President, was not supported by the EPP.

In the Parliament the main groups have collectively come behind Italian socialist, David Sassoli for Parliament President, or speaker, voting for him by 345 votes out of 667 votes cast in the second round. Sassoli has been an MEP since 2009 and will lead the Parliament until 2022 with an eye on further integration and highlighting ‘momentous transformations’ in his acceptance speech and the need to provide real answers to ‘youth unemployment, migration, climate change, the digital revolution, the new world balance …which need new ideas and courage.’

The European Council of EU country leaders voted for their own President choosing the Belgian lawyer and Liberal politician, Charles Michel. As the son of a former European Commissioner, Charles Michel is fluent in Dutch, English and French and became Belgium's youngest prime minister since 1845 when he was elected at the age of 38 in 2014.  He is known as one of the first EU politicians to suggest the bloc was heading towards a "two-tier" union because of migration, with some member states reluctant to take in migrants losing some of their EU rights.

Speaking about Michel’s appointment, West Midlands Liberal Democrat MEP, Phil Bennion, airs some of his early concerns as a member of the Renew group, stating:

“I’m a bit worried about Michel as he is nowhere near as firm on Brexit as Tusk who’s been useful in promoting the importance of Britain’s role in the EU, but Michel is closer to Macron in his position. We are furiously working on MEPs from En Marche Renaissance to talk to them one-to-one to persuade them that Brexit is not inevitable and it’s in the EU’s interests for it not to happen. We are also working to persuade Charles Michel to work on keeping Britain in the EU. Sassoli has not been very helpful either so far.

“In terms of the British situation looking ahead, Michel is the main person for Boris or whoever becomes our PM in future to deal with. With regards to the tricky and troubling situation in Northern Ireland, I can’t see the Backstop being varied from here as Varadkar won’t let them vary it. It seems impossible to see a position where we end the Backstop and have an open border with the EU with Britain outside the Customs Union. Putting off the Backstop is the worst option as nothing is going to change in two years of transition as the choices will be just as stark in two years as they are now.”

Working through the European Parliament’s procedures presents many challenges for the newly elected teams… the agenda has not paused and decisions are having to be made in tight timescales.

“The internal workings of the Parliament are like nothing else I’ve seen, primarily because of the churn in MEPs elected. We have a group where virtually no one else has been an MEP before. Out of the 108 Renew MEPs only around 20 were previously MEPs. There is a bit of floundering around trying to work out what we are doing. The Socialists however have not had as much churn and they are continuing to promote the same agenda that they have piped on about over the past 20 years promoting the same worker’s rights and working conditions right across the EU. The EPP have also had more change, largely because they have lost seats but there is more continuity there than for the Liberals. Even our leader, former Romanian prime minister and the head of the country’s PLUS party, Dacian Ciolos, is an EPP defector. Guy Verhofstadt is still there and very convivial. Our Liberal Democrat group are getting along very well even though only 4 out of our 16 have been MEPs before.”

Asked about his predictions for the future from here, Phil Bennion MEP outlines a range of options leaving the future wide open.

“Depends on whether Boris is elected PM by the Conservatives and if so whether he can persuade the Euro sceptics to back a deal. If he does the Brexiters get their way and we are out.  But we still have the issue of transition and the Backstop position following that. If Boris fails to get the Brexiters to support a deal and does not ask for an extension then there could be a vote of No Confidence. This might come too late for an election prior to 31st October. However, Boris might call an election in September so that in the week or so after it he still has time to take a position on a deal in parliament. If he’s nowhere near to getting the numbers he needs then he’ll call an election. If he has the numbers then there won’t be an election. Following any Autumn election I think you’d need to see a National Government to either get an extension or to revoke Article 50.

“MP talks are going on now even as we speak across parties between everyone who’s against a no-deal Brexit. They are already testing ideas regarding the mechanisms and timings required and may already involve the Speaker in terms of questions of procedure and how to avoid getting notice periods incorrect. It’s difficult trying to predict where this is going.”

There is one other European nomination that has attracted press comment over the past week. Another woman and another surprise, Christine La Garde has been proposed by EU Leaders for the role of President of the European Central Bank. As David Smith notes in the Sunday Times (7th July), ‘she was not among the runners and riders thought to have the right central banking credentials…She is neither a central banker nor an economist’. She is generally regarded as having been a ‘capable’ head of the International Monetary Fund (IMF), but as Smith notes this is a ‘strange way’ of making such ‘important appointments’.

Europe and the UK remain poised in the midst of turbulent times. Women are coming to the fore, but not as front line candidates seen as front runners, but rather as compromise candidates promoted out of necessity. Whilst far from ideal, it is progress and perhaps one of the only good things so far to emerge from it all.