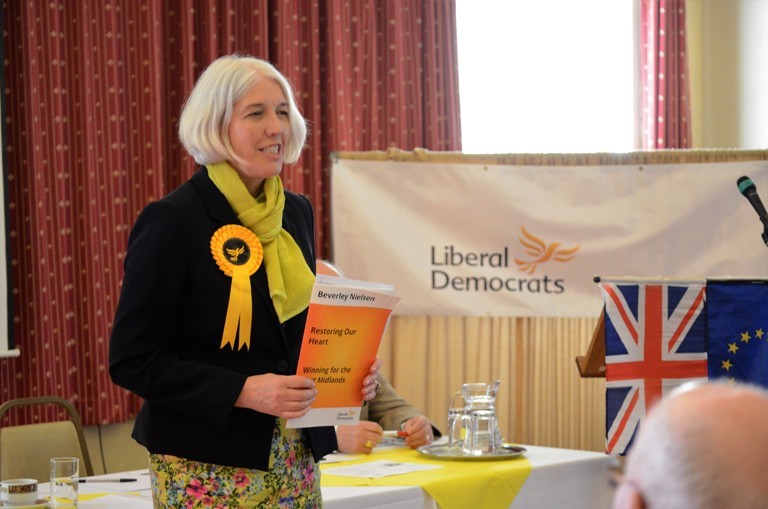 She called for ‘‘radical change’’ and promised to ‘“sweep aside the outdated two-party system”.

Beverley said “For 30 years, Tory and Labour governments have let down the region, time after time, and we have no reason to expect anything different now. The current government has cut services to the bone, and is now cutting £4bn more between now and 2020. If you make me the Liberal Democrat Mayor of the West Midlands, I will be your champion for change, and a unifying voice across the political divide which has existed for far too long.”

Key policies announced included a £1bn Innovation Fund to back start-ups, a ‘media city’ based at the NEC, a Beverley’s Bikes cycle hire scheme, an expansion of the Metro and rail networks and a commitment for free public transport to 16 to 25 year olds.

She also pledged to fight to maintain access to the Single Market and against a hard Brexit. Beverley explained “Brexit brings great risks to our future, but I will strengthen our links with Europe and the rest of the world, promoting the best deals for our manufacturing heartland within the Single Market and make the West Midlands the place to do business, in a modern, welcoming and cohesive society.”

She published her manifesto under the promise of Restoring our Heart and Winning for the West Midlands with a focus on seven key areas:

The full manifesto can be downloaded here