A view from the Malvern Foothills 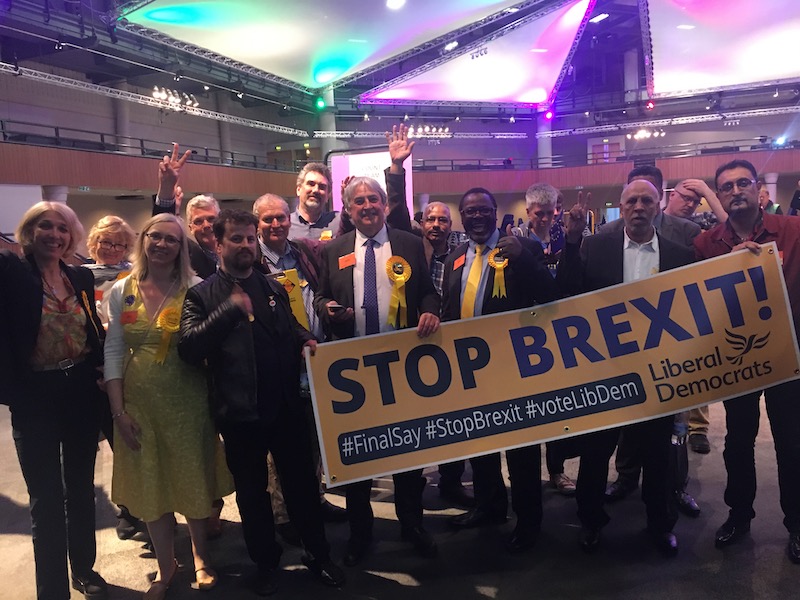 Two lessons for me this week in reviewing British and European politics from the Malvern foothills: Old attitudes die hard; and never (unless you are well known political scientist, Sir John Curtice) make election predictions.

I suggested that the Lib Dems were going to see dramatic gains in the Euro Elections, predicting last week a move from 1 seat to 8 or 9. In fact, the party’s gains were beyond my wildest expectations, amounting to 16 seats in total, a huge +15 seat gain.

With the Tories vote collapsing to 9% share in the Euro Elections -- a 200 year low – and Labour’s vote share at 14%, you might think there’d be a chance for a reassessment of British Left / Right politics. Fat chance.

For the Liberal Democrats polling 20% of the vote nationally, it was a historic achievement. In the West Midlands, the Party secured 16.3% of the vote returning Phil Bennion as MEP -- the first Lib Dem MEP in the West Midlands since he was last the MEP here in 2014. The vote represented the highest ever for the party across the region, touching the Labour vote at 16.9%, with Lib Dems only narrowly missed out taking second place.

The success of the Brexit Party has been widely broadcast - winning 29 seats across the UK, a 32% vote share and up +5% on the share held previously by UKIP. The Lib Dems came in second with 16 seats, Labour third with 10, the Greens fourth claiming 7, the Tories a mere 4 seats, with the SNP 3, and Plaid Cymru and the DUP taking 1 seat each.

And why do I note that ‘old attitudes die hard’? The prevailing commentary is cast in the politics of yesterday and remains so. Having attended major business lobby group meetings over the last week I continue to hear the same analysis of Left / Right politics. When I’ve asked about their views of the Lib Dem success, I’m told it was a ‘flash in the pan’… relating to specific circumstances with the party relegated to the ‘smaller, specialist interest’ category. Still.

The Brexit Party success, often highlighted in the context of growing nationalism across Europe, was not, in fact, the order of the day as the much-hyped surge in populist support failed to materialise to the extent predicted. In the end, populist parties won 112 seats in the new Parliament, up by just 18 MEPs on the 2014 result and representing15% of total elected MEPs, 10% off the 25% frequent predictions made ahead of the elections. And this despite Emmanuel Macron’s Renaissance Alliance (RA) coming second to Marine Le Pen’s Rassemblement National (RN) and the Brexit Party surge in the UK.

Not so much has been written though, about the substantial gains for the Liberals in Europe, taking an additional +38 seats to total 105 seats, and representing the largest advances amongst any group. Whilst the Green gains of 19 new seats, totalling 69 altogether, led to the coining of the phrase, the ‘Green Wave’ sweeping across Europe - Germany and Ireland in particular - it has not been much observed that the Liberals and Green groups taken together have the second largest block in the EU Parliament. With a total of 174 seats, they sit just behind the ‘mighty’ European People’s Party (Christian Democrats) with 179 seats.

In Europe, the scene is now set for decisions regarding the successors to Tusk, and Juncker, both in place since 2014 as Presidents of the European Council and of the European Commission respectively.  Business lobby briefings suggest that Manfred Weber, Leader of the European People’s Party, was initially seen as in the running, but with Macron apparently thinking that ‘France is owed the top job’ they are promoting Barnier for the role. Business Groups have not, in the meetings I’ve been attending, referenced the Liberals in this mix.

However, following the elections, Guy Verhofstadt, Leader of the ALDE, was quoted jubilantly stating, “Europe is back… The ALDE group renaissance is here”, no doubt acutely aware of the French President’s MEPs, and those from the Romanian USR-PLUS coalition, swelling the ranks of his reconstituted Liberal grouping.

There will be no “business as usual” carve-up of the EU’s top posts, he claimed. “There is a new balance of power. We will be open to negotiating a new strong robust majority way beyond partisan lines.”

Similarly, senior Green MEPs argued that their Party would also have to be taken in to account in forthcoming negotiations, stating:

"Greens priorities will need to be included in negotiations on any new Commission programme. Any new President will need to deliver on our core principles of climate action, civil liberties and social justice.”

Margrethe Vestager, EU Competition Commissioner, recently confirmed that she’s become the Liberals leading candidate for the Commission President. Donald Trump famously branded her the ‘Tax Lady’ in referring to her efforts to extract fair tax settlements from the US tech giants and in successfully fining Google $5bn – an amount larger than the annual net contribution the EU receives from The Netherlands.

In setting out her stall to become the next Commission President she’s argued, “new coalitions can be built. We can show change. We can have the first gender-balanced Commission”.  And notably, she hinted at working with the Greens in a progressive coalition.

This block – the ALDE (Liberals) and Greens, represent what might be referred to as the ‘Green Centre’. Whilst their joint + 47 seat gain has scarcely merited a passing mention in the British press, it’s time that we sat up and took note.

In Britain too, it is just possible that our conservative, small ‘c’, no fuss, population are already sitting up. Perhaps this is prompting new responses from our political parties. Perhaps this is no longer about tired Left / Right arguments. Sir John Curtice has proposed it’s actually about ‘social liberals’ versus ‘social conservatives’. He says it’s a discussion about what kind of society we should be: Social liberals are open, tolerant, embrace social diversity; social conservatives like the idea of a commonly shared moral code, commonly shared national symbols and a shared language.

On Radio 4, 30th May (2019), Lib Dem, Ed Davey, in plying his bid for leadership of the party floated the notion of the ‘Green Economic Model’. To quote Bob Dylan, The Times they are a Changin’; this is, in my view the big change that people want to see tackled in considering the legacy we leave to our grandchildren. To add to Sir John’s arguments I believe we need to consider how society delivers a sustainable and fairer economic model.

And how does all this relate to the Malvern Hills as the cowslips and buttercups hit their zenith during this glorious month of May?

The people of Malvern Hills are no slouches either with our district polling the highest in the West Midlands at 43%. I am just taking up my new position as Economic Development Portfolio holder in our new Lib Dem, Independent and Green alliance, boasting an Independent Council Leader, Cllr Sarah Rouse, and our Lib Dem Deputy Leader, Cllr Tom Wells. It seems that Malvern Hills, renowned for our ‘original pragmatism’, is once again, in the vanguard of the changes sweeping across Europe… And it’s not all as bleak and extreme as it’s cracked up to be. The new radical, progressive centre is on the march, it’s fixed on delivering a sustainable fairer economic model for the future and it’s starting in Malvern foothills.