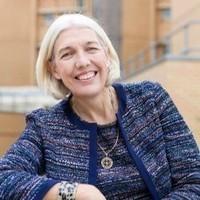 THE Lib-Dem parliamentary candidate for West Worcestershire has slammed Boris Johnson for acting like a “bully” and says he is “taking away control” from the public.

Beverley Nielsen was reacting to the news that Parliament will be suspended, leaving groups opposing a no-deal Brexit with less time to prevent it.

She said: “Boris Johnson told us this is all about taking back control, but he’s taking control away from the very people we elected to represent us.

“He said it was about taking back control but he seems to be intent on handing control over to the USA.

“Given that it could take five years to complete a US trade deal and that the EU takes 44 per cent of our goods now with the US taking 19 per cent, we’d need to sell over twice as much to the US in order to make up the difference, something that will certainly take time.

“I feel devastated for the 72% of young people who’ll be left to pick up the pieces of this mess of our own creation.

“Forcing through a massive decision to leave the EU without a deal, something that will impact our country for years to come, demonstrates a staggering degree of disrespect for the legitimate concerns of our divided population.

“This is a self-made emergency impacting our currency, putting people’s jobs and vital medications on the line, affecting the rights of our UK compatriots living in the EU and EU nationals living and contributing to the NHS and other vital UK services.